Leo was born in the Village of North Oakland on October 20, 1935.  He was the son of the late Joseph Clyde and Gertrude Solida Benson.

He was a 1953 graduate of Chicora High School where he was the artist for the yearbook and manager of the boys’ basketball team.  He was a volunteer fireman with the Chicora Fire Department.  Lee had been employed as a machinist at Indspec Chemical in Petrolia, having retired in 1997.

Lee was a member of Mater Dolorosa Roman Catholic Church in Chicora and belonged to the RC Men’s Club.  Hunting, cutting firewood, and being outdoors were some of Leo’s favorite things.  Leo was also talented having artistic ability, drawing and wood carving.  He loved tinkering in his garage, repairing anything broken with his vast supply of spare parts.  Known as “Papa” to his grandchildren, he loved cheering them on at their sporting and school events and was so very proud of both their scholastic achievements and professional careers.  His grandchildren were truly one of his greatest joys.

Married for a remarkable 63 years, his true love, Maxine, pampered, loved, and cooked his favorite meals as only she could do.  As a couple, they rejoiced in their family gatherings, music and dancing a good polka.

Lee is survived by his wife, Maxine Kolich Benson, whom he married at St. Patrick Roman Catholic Church in Brady’s Bend on August 22, 1959.  Also surviving are two children, Jody Benson Youngstrom and her husband, Edwin, of Kensington, MD and Jeffrey Benson of Butler and his significant other, Lori Robison ; a granddaughter, Courtney Benson and her fiancé, Patrick Cannell, of Rocky River, OH; a grandson, Steven Benson and his wife, Chelsea, of Butler; a sister, Alberta Dunn of Chicora; a brother, Donald Benson of North Washington; his nieces, Stacey Campbell and Kelly Dunn, and his great nephew and great niece, Kyle Campbell and Kelsey Campbell; his sisters-in-law, Catherine Double of Butler and Jo Ann Fleeger and her husband, Larry, of Chicora; his grandchildren’s mother, Terri Benson of Butler, as well as a number of nieces, nephews, and cousins.

In addition to his parents, he was preceded in death by a sister, Shirley Lucas and her husband, Paul, and two brothers-in-law, Paul Dunn and Donald Double, and a sister-in-law, Yvonne Benson.

Leo’s family is grateful to friends, neighbors, and staff at Good Samaritan Hospice for their care and support.

Friends and family will be received at the Hile Funeral Home of Chicora, 339 Chicora Fenelton Rd., Chicora, from 4 – 7 p.m. Sunday.  A funeral Mass will be celebrated Monday at 10 a.m. at Mater Dolorosa Roman Catholic Church, Chicora, with the Rev. Matt McClain, church pastor, officiating.  Interment will follow at St. Joseph Cemetery in the Village of North Oakland.  Memorial contributions may be made to Good Samaritan Hospice, 134 Marwood Rd., Cabot, PA 16023.  Condolences may be sent by visiting www.hilefh.com.

To send flowers to the family or plant a tree in memory of Leo J. "Lee" Benson, please visit our floral store. 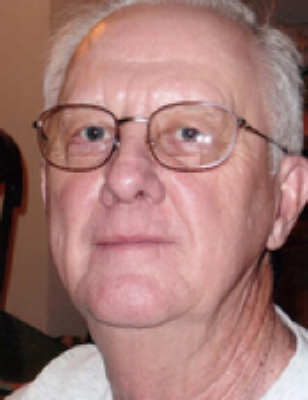 You can still show your support by sending flowers directly to the family, or by planting a memorial tree in the memory of Leo J. "Lee" Benson
SHARE OBITUARY
© 2023 Hile Funeral Homes. All Rights Reserved. Funeral Home website by CFS & TA | Terms of Use | Privacy Policy | Accessibility